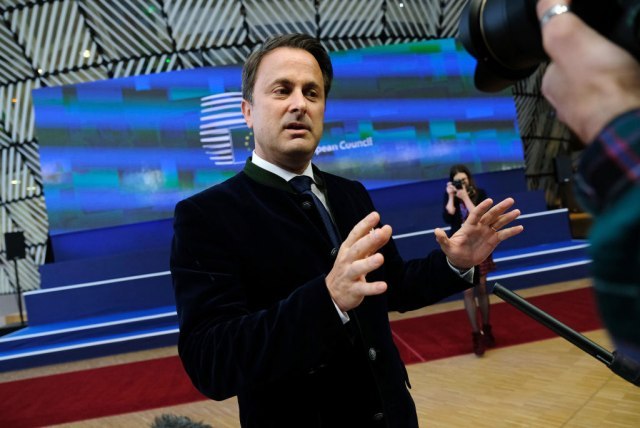 In the course of two-day visit to Luxembourg, Prime Minister Brnabic had retweeted several photos that Luxembourgish Prime Minister had published on Twitter, taken during their meeting and city tour, with their partners on them.

"Tomorrow I'll receive officially the Serbian Prime Minister, tonight Gauthier Desteney and myself are happy to welcome our friends Ana Brnabic and and Milica and having a visit of the city of Luxembourg together. XB", Bettel wrote on his Twitter account.

Serbian Prime Minister retweeted his message, adding that Luxembourg is among the prettiest cities in the world, thanking Bettel on his invitation to visit it.

"After his visit to Serbia in May, I am excited to have been able to work on strengthening ties between Serbia and Luxembourg", Serbia's Prime Minister wrote.

She commenced her two-day visit to Luxembourg where she will meet with the highest state representatives of this country, and take part at the Economic Forum Serbia-Luxembourg.

She has been invited by her counterpart Prime Minister Xavier Bettel who will organize ceremonial reception with military honors at Clerfonten Square in Luxembourg in her honor.

Issues to be discussed by the two prime ministers include bilateral relations, as well as EU integrations, along with the relations between European Union and Western Balkans.

Tomorrow i ll recieve officially the @SerbianPM , tonight @GDestenay and myself are happy to welcome our friends @anabrnabic and Milica and having a visit of @CityLuxembourg together. XB pic.twitter.com/fTs0bRxztd