Vucic: Only Cosic, Djindjic and I have presented a plan on resolving the Kosovo issue

President Aleksandar Vucic said today that, apart from Dobrica Cosic and Zoran Djindjic, he was the only one to present any plan on Kosovo 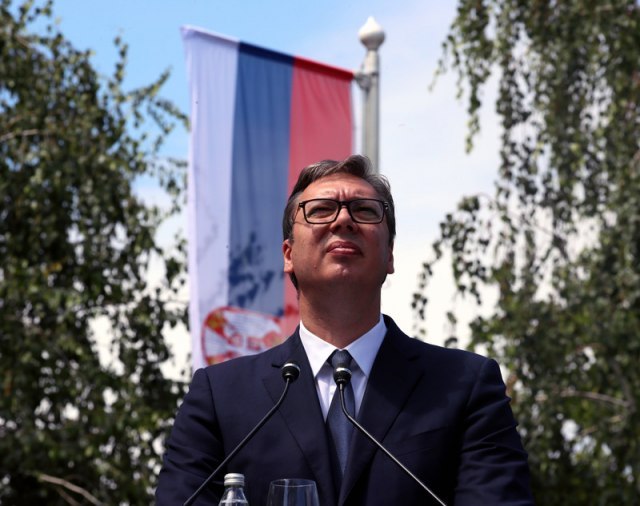 "Just remind me of a single plan of any of my political opponents, except from opposing anything that I propose", Vucic told to the press.

"Their plans comes to this - 'it is all ours and will remain ours'... Don't lie to the people, act in a responsible way... It is easy to cater to people's feelings, but I have zero respect for such people", Vucic said.

He said that nobody had ever suggested any plan for Kosovo, apart from Dobrica Cosic and Zoran Djindjic, which were "immediately rejected".

When asked by the N1 TV journalist to share with us his plan on Kosovo and Metohija, Vucic said: "No, I cannot share it with you, not a single one... I support Dragan Djilas' plan, I haven't heard it yet, but his plan and the plan of a genius Bosko Obradovic, along with the 30-year-old student's plan, that must be the best plan ever", Vucic said ironically.

Asked about critical notes coming from the individuals from the Serbian Orthodox Church, Vucic said: "Just let them do their job, I would prefer if they could do their jobs, not meddling with politics, but it's good, maybe we should let them deal with politics as well", Vucic concluded.