A game against Russia – a step towards war in Europe?

By joining NATO, Sweden and Finland allowed themselves to be drawn into the geopolitical game against Russia.

A game against Russia – a step towards war in Europe?

By joining NATO, Sweden and Finland allowed themselves to be drawn into the geopolitical game against Russia. 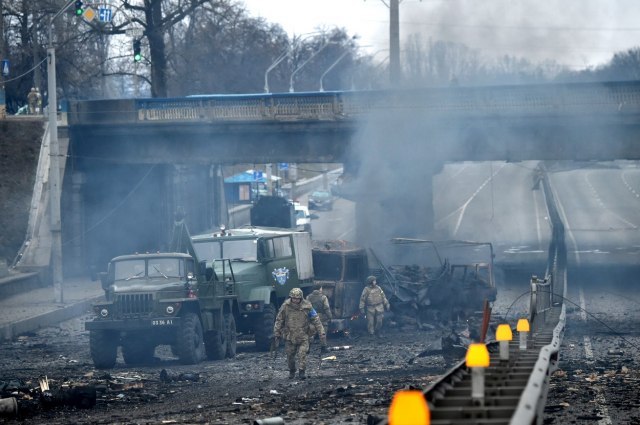 They will be met with Moscow's response, said Deputy Director of the Information and Press Department of the Ministry of Foreign Affairs of Russia Alexei Zaitsev.

He emphasized that the Helsinki and Stockholm signing of the protocol on joining the Alliance is "another step towards the escalation of political and military tensions in Europe", they "should understand that joining the North Atlantic bloc will worsen the situation in the Arctic and Baltic".

According to Zaitsev, in that case "the possibilities for peaceful cooperation, which is now very much needed in this part of the world, will be significantly reduced".

"It is regrettable that two independent states, whose voice has always been noticeable and which made a significant contribution to the formation of the most important elements of military security after the Cold War, agreed to divide a part of NATO's periphery, in fact, to allow themselves to be drawn into someone else's geopolitical game against Russia.

Preparing to join NATO, Helsinki and Stockholm must be aware of the consequences: all measures taken in these countries to create threats to the security of our country will inevitably meet with a response," he pointed out.

As he stated, after joining NATO, Sweden and Finland will fall under greater influence of the United States of America and become objects of the military planning of the alliance.

"By joining the Alliance, Helsinki and Stockholm will become the subject of coalition planning. They will be forced to unconditionally listen to instructions from Brussels, and more precisely - from Washington," he stated. Earlier, due to the events in Ukraine, on May 18, Finland and Sweden submitted a request to join the Alliance to the Secretary General of the Military Alliance.

After Turkey announced that it had withdrawn its objections that are an obstacle to Sweden and Finland joining NATO, the Secretary General of the Alliance, Jens Stoltenberg, announced during the summit of the North Atlantic Treaty Organization in Madrid that its leaders decided to invite these countries to the Alliance.

The West is not giving up

He emphasized that large shipments of weapons are continuously arriving in Ukraine, and that country's European allies are encouraging the militaristic aspirations of the Ukrainian authorities.

According to Zaitsev, it is unlikely that the allocation of a tranche for Western military equipment to Moldova will contribute to the security of Chisinau and the regulation of the situation in Transnistria.

"It is unlikely that pumping NATO weapons, which not only undermines the neutral status of the Republic of Moldova, will help strengthen its security and create a favorable atmosphere for progress in the negotiations on the Transnistrian situation," he concluded.

Transnistria, where 60 percent of the population is made up of Russians and Ukrainians, sought secession from Moldova even before the collapse of the USSR, fearing that Moldova would join Romania on a wave of nationalism.

After the failed attempt by the Moldovan authorities to solve the problem by force in 1992, Transnistria practically became a territory out of Chisinau's control.