Prishtina -- The Prime Minister of the Pristina interim institutions, Avdullah Hoti, threatened that Pristina would reintroduce reciprocal measures towards Belgrade.

Prishtina -- The Prime Minister of the Pristina interim institutions, Avdullah Hoti, threatened that Pristina would reintroduce reciprocal measures towards Belgrade. 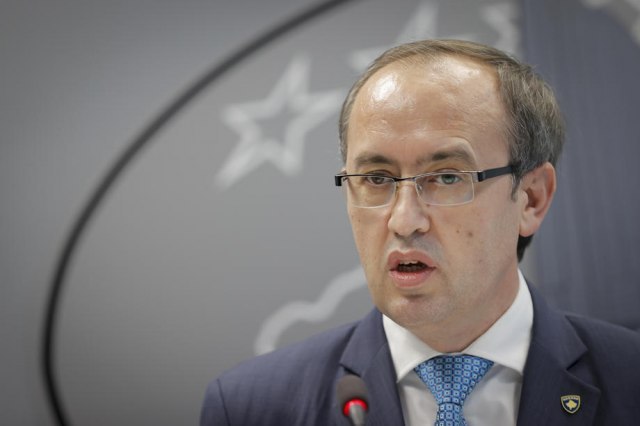 He pointed out that this will happen if the dialogue process does not end with an agreement on mutual recognition.

After a meeting with political representatives of Albanians from the south of central Serbia, Hoti said that Pristina has the right to retaliate against Belgrade for every measure that, as it claims, Belgrade applies, Voice of America reports.

"However, I believe that with the help of international partners, with whom we are involved in this process, there will be no need to go down that extreme path. We are making progress towards a final agreement every day," Hoti said.

During the meeting in Pristina, with the representatives of the Albanians from the south of central Serbia, he presented the working agenda of the recently established Office of the Government of Kosovo for the so-called Presevo Valley, i.e. three municipalities in the south of central Serbia, in which members of the Albanian national minority reside.