BELGRADE -- Igor Juric, the founder of the "Tijana Juric" Foundation, stated almost three months ago that he had evidence of a well-known politician who abused children

BELGRADE -- Igor Juric, the founder of the "Tijana Juric" Foundation, stated almost three months ago that he had evidence of a well-known politician who abused children 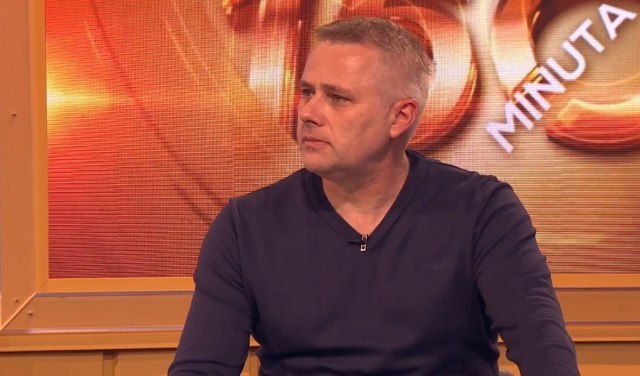 On that occasion, as a guest on the morning program of TV Prva, he was asked whether that politician would participate in the election campaign and promise a better life for all of us. His answer was affirmative.

"If I had the evidence that I had in the case of the Novi Sad doctor and the man who was arrested before him, I would, of course, give it. I have some evidence that is not enough. I have no testimony. Photographs from the cameras are not enough for a conviction", Juric said at the time.

"Because of that, I went public, we need testimonies and, as victims are now appearing in the case of the arrested doctor, I expect other victims of other people, including politicians, to call us. I tell them, we will protect you, I will stand in front of you", he added.

Juric then replied: "So far, not only you, but also all televisions with a national frequency, have hosted this man numerous times…"

That visit provoked a stormy reaction from the public, and on the same evening, the President of Serbia, Aleksandar Vucic, spoke out and called on Juric to say who the pedophile was.

"If that is true. Please come out with that, he will be arrested," Vucic said.

Three months later, it is still unknown which politician is in question, and Juric was once again a guest on the morning program of Prva TV. This time, he expanded his original statement, saying that the authorities in Serbia have information not only about one, but about dozens of politicians who are pedophiles.

"I go out and talk about these things, I have another child. I consciously endanger my life and my family. The state and the system and the Ministry of Interior know more than me, not for one but for dozens of politicians", he said on that occasion. He added that when he had the evidence, he would submit it all to the Prosecution.

On that occasion, the Minister of Internal Affairs, Nebojsa Stefanovic, reacted, stating that he expected the competent prosecutor's office to react to the information presented by Igor Juric.

On that occasion, he stated that, due to the unnecessary controversies that arose because of his statement, it does not matter whether he is a well-known politician.

"For the perpetrator of such an act, whether he is a politician or not, rich and influential or not, there must be no privileges, concealment, concessions or other treatment in every criminal act, especially when it comes to the accusations of Igor Juric, which I did not take lightly, that one child was raped", Stefanovic stated.

A few days after Stefanovic's statement, the Higher Public Prosecutor's Office in Belgrade formed a case and invited Igor Juric to present more detailed information regarding the allegations he made in the media.

"Yes, it is true that I was summoned to the Higher Prosecutor's Office. It is not clear to me why everything came to the media before anything happened," Juric said briefly.