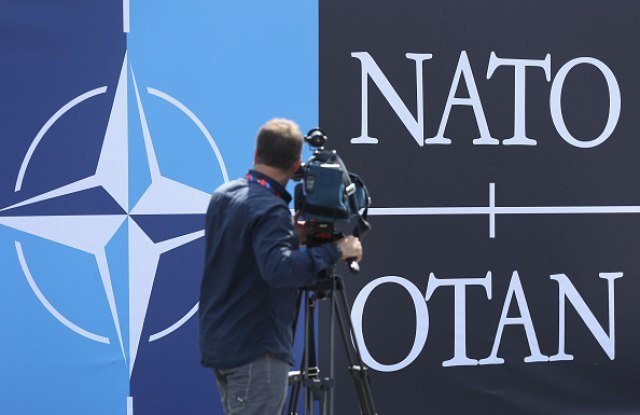 Today, the ambassadors of NATO member states are discussing this in Brussels.

"We regret the announcement by the US government that it intends to withdraw from the Open Skies Treaty, although we share concerns about Russia's implementation of the provisions of that agreement," reads the letter signed by the foreign ministers of ten NATO member states.

The signatories announced that they would continue to implement the agreement, which has a clear added value in the field of conventional arms control and security cooperation.

"We reaffirm that the agreement remains functional and useful," the letter said, adding that the countries would continue to engage Russia in implementing the agreement, "as previously decided among allies and other European partners to resolve outstanding issues, such as unjustified restrictions on flights over Kaliningrad".

"We will continue to ask Russia to lift those restrictions and continue the dialogue with all parties," the letter reads.

Russia and the United States have been accusing each other of violating the agreement for some time. On Thursday, American officials said that Russia was violating the provisions of the agreement and that the United States would formally withdraw from it in six months. After that, NATO Secretary General Jens Stoltenberg convened an emergency meeting of NATO on Friday afternoon.

At the end of last year, US President Donald Trump indicated that he intended to withdraw from the agreement.

U.S. officials said yesterday that Russia was constantly violating the provisions of the agreement and that the United States would formally withdraw from it in six months, after which NATO Secretary General Jens Stoltenberg convened an emergency meeting of the Alliance Council, which consists of ambassadors of member countries.

The agreement contributes to transparency, which should strengthen the confidence of signatory countries in co-operation on security issues. Since its entry into force, over 1.500 observation flights have been recorded.

Ryabkov: If Europe shares the position of the United States, this treaty will not survive

The Open Sky Treaty will lose all chances for survival, if European countries share the position of the United States that Russia did not act in accordance with it, the deputy head of Russian diplomacy, Sergei Ryabkov, warned today.

According to TAS, he said that the US Embassy in Moscow sent an official message to the Russian Ministry of Foreign Affairs, in which it informed Moscow about Washington's decision to withdraw from that agreement.

"The Ministry of Foreign Affairs received a note from the American embassy today, stating that the American government has made a decision to start withdrawing from the Open Skies Treaty", Ryabkov said during an online discussion on Russian-American relations.

He added that Russia is ready to adequately respond to the "aggressive steps" of the United States, but that it is still open for cooperation with Washington, if the American side wants that.

Ryabkov said that Moscow has a realistic position on the issue of prospects for dialogue and cooperation, taking into account the election year in the United States.

"We do not expect too much. We will act pragmatically and respond to aggressive moves, if necessary," Ryabkov said.

At the same time, he stressed, Moscow is open to cooperating with Washington on a wide range of issues, "in case it shows readiness to resolve things on a constructive basis, with mutual respect."

He assessed that Russian-American relations are recording examples of constructive cooperation, even recently.

As an example, he stated that the Presidents of the USA and Russia, Donald Trump and Vladimir Putin, issued a joint statement on April 25 on the occasion of the anniversary of the meeting of the American and Soviet armies in Germany in 1945, which was an important step towards ending World War II in Europe.
He added that Russia is grateful to America for the help it provided in the fight against the coronavirus.

"Yesterday, the first delivery of 50 respirators arrived from the United States. We believe that such gestures are perfectly natural. They are exclusively humanitarian in nature, and we are grateful to the American side for the assistance it provided at this stage," Ryabkov said.

The administration of US President Donald Trump announced on Thursday that the United States is withdrawing from the Open Skies Treaty, which allows "30-plus" states to conduct unarmed observation flights over their territories, which was signed 18 years ago in order to promote trust and prevent conflict.

According to the AP, Washington is withdrawing from the Treaty because Russia allegedly violates the pact, and images collected during flights can be obtained quickly from American or commercial satellites.