Vucic made a decision not to travel to Zagreb, he enclosed a letter with rationale

BELGRADE -- Serbian President Aleksandar Vucic has decided not to travel to Zagreb, where a Congress of the European People's Party (EPP) will be held on November 20 and 21

Vucic made a decision not to travel to Zagreb, he enclosed a letter with rationale

BELGRADE -- Serbian President Aleksandar Vucic has decided not to travel to Zagreb, where a Congress of the European People's Party (EPP) will be held on November 20 and 21 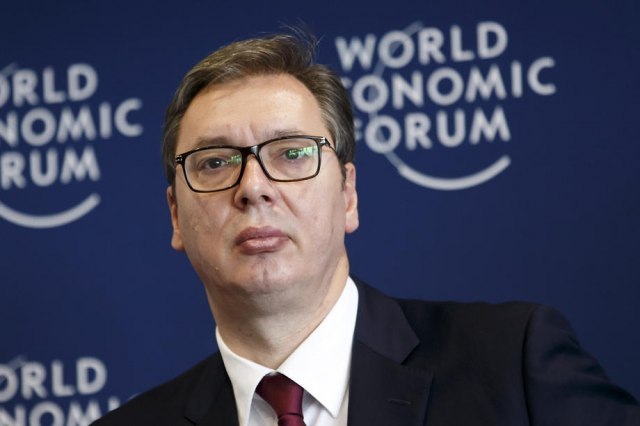 President Vucic was invited to the EPP Congress as the leader of the Serbian Progressive Party (SNS).

According to Blic, Vucic sent a letter to EPP President, Joseph Daul, containing rationale for his decision.

Here's integral version of the letter:

Let me thank you for inviting me to address the Congress of the European People's Party on November 20-21 in Zagreb.

Serbian Progressive Party prides itself on belonging to the family of European People's Parties and I would like to take this opportunity to thank you, dear President, for all you have done, both for Serbia's position in Europe and for the position of the Serbian Progressive Party in the most important family of European political parties. Also, please convey my congratulations to our party colleague, Ursula von der Leyen, on her election as Head of the European Commission, convinced that in these difficult times, she will show the whole of Europe why our European People's Party is the best, most serious and most responsible choice.

Thank you for inviting me to personally address the Congress of the European People's Party in Zagreb on November 20th. To me, your call is a great honor and a demand for an even more responsible approach to solving many problems in the region in which we live. I want to inform you that I have prepared, I believe, a rather serious analysis of the developments in the region, as well as what we all should do together in the coming period. However, weeks ago, and I know that Jadranka Joksimovic informed you about it in the letter, a real media campaign was organized in almost all Croatian media opposing my arrival to Zagreb and Croatia. I would like to add that there are no real reasons for this kind of witch-hunt, except that some circles in Croatian society cannot get used to the stronger role of Serbia and the fact that Serbia is rising economically and is no longer on its knees politically. As you know, Mr. President, I cannot be intimidated so easily, since I had resisted such assaults many times and responded to organized attacks. My response was strong and serious and responsible. Also, it goes without saying that a trip to Croatia and clearly representing Serbian politics would bring me significant points in Serbia, but I also considered what is for me the most important part of politics that I represent, which is to offer a hand and open the door for better relations between Serbs and Croats, between Serbia and Croatia in the future. At the same time, I do not want, in any way possible, to contribute to further deterioration of the position of the Serbs in the Republic of Croatia.

All of the above being said, I want to inform you that I will not attend EPP Congress in Zagreb, considering that this will make it easier for you, too, and I would appreciate if you could comprehend my absence as proof of strength and desire to change things for the better, not as a sign of weakness.

In accordance with that, and above all with the great hope and expectation that Serbia-Croatia relations will significantly improve in the future, I would like to ask you to organize one of the next important events for the European People's Party on the territory of the Republic of Serbia where everyone is welcome and where none of the participants and members of our European People's Party will be subjected to any sort of persecution of harangue.

I wish you good health, much success and good luck to our new leadership.

P.S. The attacks on me, even after the decision that most members of Croatian society hoped for, will not stop, which will prove every word I had addressed your way in this letter".