Response to Edi Rama: He is the president of a country called Albania

Response to Edi Rama: He is the president of a country called Albania 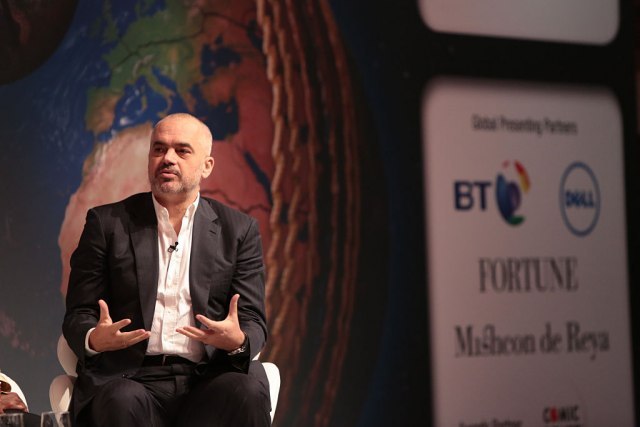 Maloku commented on a meeting that took place on Sunday between Albanian Prime Minister Edi Rama, Serbian President Aleksandar Vucic and North Macedonia Prime Minister Zoran Zaev in Ohrid. For him, it was a play that posed no danger to Kosovo, but it was meaningless until the participating countries recognize Kosovo.

"In 2013, when the WB6 initiative was launched, I said that this initiative was 'neither healthy nor good'. WB6 did not bring perspective to the six Balkan states, as it was presented. Now that Serbia, Albania and North Macedonia have launched this show called 'mini-Schengen', at a time when Kosovo is excluded from its equal treatment by not being invited to a Novi Sad meeting, there is no room for Kosovo in it. It cannot be dangerous while it is excluded. Any regional initiative is meaningless as long as the participating countries do not acknowledge February 17, 2008", Albinot Maloku told Portal Analitika.

Meanwhile, regarding Albanian Prime Minister Edi Rama's participation in the mini-Schengen meeting, Maloku says Rama may have his say regarding Kosovo's attitude, but cannot agree on behalf of Kosovo.

As for the risk of collusion between Rama and Vucic, Maloku said he wants to avoid speculation, but believes that Kosovo must reject any initiative where it is not being treated as an equal party.

Edi Rama has previously stated that politicians in Pristina are jeopardizing Albania's foreign policy for the sake of their internal political interests. As he said, they are doing so by opposing a joint initiative to create the Balkan "mini-Schengen".