Answer to Kurti: You got caught in your own lies

Answer to Kurti: You got caught in your own lies 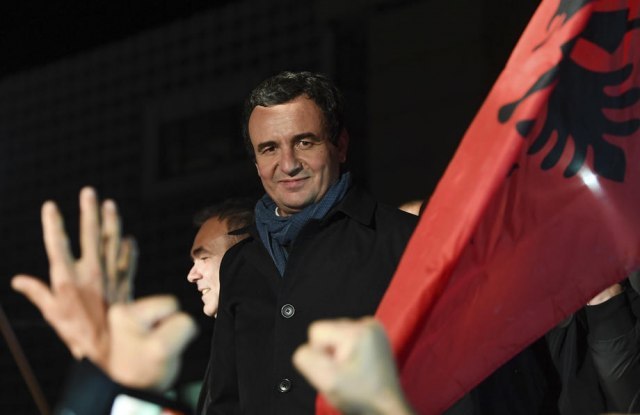 "Although he announced that he would have to respect the result of the Serb List due to the pressure of the international community, Kurti tried to belittle Serbian people's victory by telling lies and uttering insults, demeaning the unity shown by the Serbian people on the October 6 elections", Serb List announced last night in the media statement regarding Kurti's interview given to N1.

"And none of them mentioned in the election minutes any objection to the voting process. Kurti is just caught in his own lies with 'his pants on fire' ", Serbian List concluded. They added that Kurti continued to insult Serbian people, under the pretense of being a democrat, undermining Serbian rights, presenting the obligation of Pristina institutions to the Serbian people through establishing relations with Nenad Rasic, who won 70 times fewer votes than the Serb List.

"At the same time, as a proven promoter of the so-called Greater Albania, under the national flag of another country, he shamelessly talks about some kind of peace and economic development", Serb List estimates.

They also state that everything that was in the interest of the Serbian people, from the formation of the Community of Serbian Municipalities to the amendments to the law, was always blocked by Kurti and his deputies while they were in opposition.

"That is why this attempt to media-wash his extremist movement is not and will never prove successful with the Serbs in Kosovo and Metohija," the Serb List concluded.