BELGRADE -- Meeting between President of Serbia and the US Special Envoy for the Balkans is over. Palmer: The EU made a huge mistake

BELGRADE -- Meeting between President of Serbia and the US Special Envoy for the Balkans is over. Palmer: The EU made a huge mistake 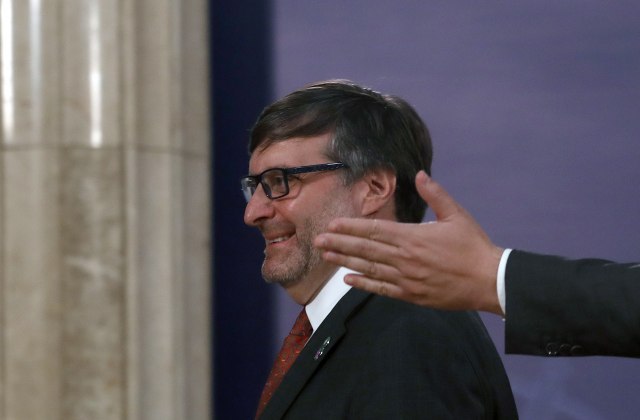 According to Serbian President Aleksandar Vucic, he discussed thing with Matthew Palmer first face to face, and then a meeting of two delegations was held.

"The talks were open, honest and to be fair to the public, I am also pleased with the content because we have considered all of the disputed issues, all the differences between us, and I would say that we are determined to find solutions in the future that would also mean better US and Serbian relations", Vucic said at a press conference after the meeting with Palmer.

I would say it was also a constructive approach to resume the dialogue with Pristina as soon as possible, he added.

Vucic recalled that the US and Serbia's views on Kosovo differ to great extent, which is no secret. "The US has recognized Kosovo, Serbia has a different point of view, but I am grateful to Palmer that he was ready to listen and to hear what we have to say today, as well as on earlier occasions", Vucic said, and thanked Palmer for the support the United States is giving to Serbia on her way to the EU.

Answering the questions posed by the press, he also said that Serbia would not enter into the conflict with the US: "We will not enter into any conflict with America, it would be insane to fight with the greatest force". He added that all problems would be resolved by intensifying bilateral relations with the US, while protecting our own interests, not always indulging to the world's most powerful force.

"Palmer told me what he did not like about Serbian politics, he told me that, and I responded to him", Vucic said, adding that he expected conditions for the resumption of the Belgrade-Pristina dialogue to be created soon, and that Serbia wanted to regard that dialogue in a responsible and serious way, leading towards solution.

"Serbia is ready for a compromise but is not, and will never be ready, for its own humiliation and disrespect of its people in Kosovo and Metohija, and of the state as a whole", President of Serbia said, underlying that that those who think that they can humiliate Serbia and press her to work against its own interests - this is, simply, not possible.

Palmer: The EU has made a historic mistake

Addressing the media after Vucic, Palmer pointed out that he had discussed with Vucic political situation not only in Serbia, but within the region.

"This is extremely important especially after EU's decision to postpone negotiations with North Macedonia and Albania. As for us, EU made a historic mistake, sending a bad message to the entire region", Palmer concluded.

He reiterated that he wants the Western Balkans to have an EU perspective, adding that the US will do everything in its power to convince the EU to change the current situation before the next meeting of EU leaders, which is to take place in Zagreb.

Palmer addressed the public in Serbian.