"If the borders within former Yugoslavia change, it will be a disaster"

"If the borders within former Yugoslavia change, it will be a disaster" 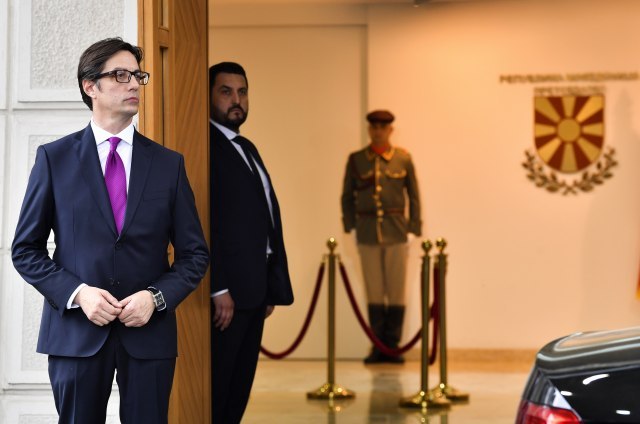 He reiterates his view that he is against changing borders as one of potential solutions, stressing that he is taking care of his country and it is most important that state remains within its borders.

He states that his earlier statement on the matter encountered negative reactions from the Serbian Government, which he says, is legitimate.

"I have no problem with that. I take care of my country. The most important thing is that the state remains within its borders," Pendarovski said in an interview with RTS.

He said his position was that there is no agreement without the international community, although good will of Belgrade and Pristina is essential.

"I do not think that the Kosovo issue should be allowed to close at the expanse of opening two or three others in the region and that the domino effect should not occur", Pendarovski said.

Even if borders do change, Pendarovski says, the international community must guarantee that the Belgrade-Pristina solution will only apply to them.

"However, I think it will be a disaster if borders begin to change throughout the former Yugoslavia or Southeast Europe", Pendarovski said, adding that it represents an "anachronistic solution."

He expects international guarantees that, if a solution involving a change of borders is reached, it will not affect North Macedonia and its territorial integrity.

Commenting on his proposal for a Western Balkans-EU summit with the aim of rejecting alternatives to European integration, Pendarovski says that "we do not see ourselves as EU neighbors", but that these are Eastern Partnership countries, such as Moldova and Central Asian countries, as well as North Africans.

"We are negotiating to become EU members. At one of its meetings in Brussels, our delegation was told unofficially that higher European circles were considering an alternative to membership called the European Economic Area. It is a form of a wider European market, without becoming a member of political institution”, Pendarovski emphasized.

He points out that his idea of the Western Balkans and EU summit is to make it clear that we do not find this proposal satisfying.

"I think that every state affected by this should sign the declaration, that after so many years we've spent waiting for EU accession, we will not settle with membership in the European Economic Area (EEA)", Pendarovski concluded.

He announced his official visit to Serbia, as he will visit Belgrade on November 22 at the official invitation of Serbian President Aleksandar Vucic.

He added that he was honored by the fact that the President of Serbia attended his inauguration.