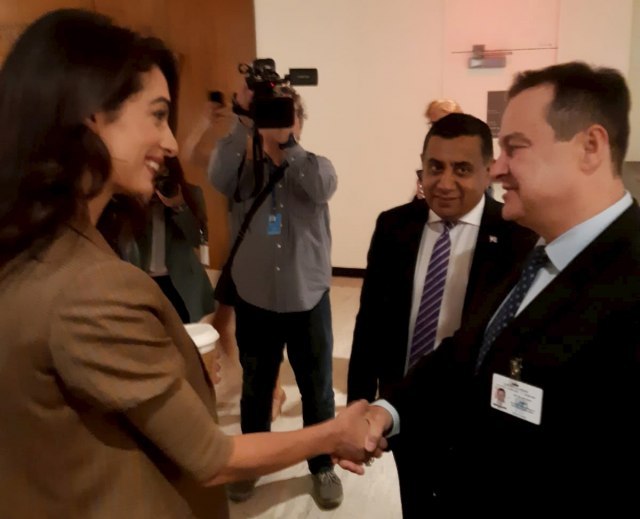 In other words, Dacic explains, the number of those who recognize Kosovo's unilateral declaration of independence falls to less than half of UN members.

Dacic told reporters last night that the Serbian delegation had talked to representatives of 53 member states in three days of the UN General Assembly and that in two more days, that number would exceed 100.

"The president discussed strategic matters with certain states, pertaining to the dialogue with Pristina, but there were also many meetings on the topic of the standpoint regarding the status of Kosovo and Metohija. I can openly say, as the president announced, that our citizens can be assured that in the coming period, there will be, and we have agreed on that here, more countries to withdraw or suspend decisions on recognition of Kosovo", Dacic emphasized.

He said that if there was a vote on Kosovo's membership in Interpol, it would surely not pass due to the joint efforts by the interior and foreign ministries and the President of the Republic.

"By the end of the year, the number of countries that have recognized Kosovo, which is important for tactical reasons, will fall to less than half of the UN members. With 15 countries, we have acquired almost eight percent of total UN membership already. That's a great result for a small country like Serbia, because we are not superpower", Dacic said.