The German medical company Fresenius announced that after the hacker attack, data on Serbian patients from the "Fresenius Medical Care" system were published

The concern stated that after the recent hacker attack on the company, the data of patients from Serbia reached the public.

"Fresenius Medical Care, the world's largest supplier of dialysis products and services, is aware that data on patients from some of the company's dialysis centers in Serbia have been published by unauthorized persons," the statement said.

It is added that the investigation in this case is ongoing.

"Fresenius Medical Care" immediately filed a report against unknown assailants with the state prosecutor in Germany. The company is ready to fully cooperate with the competent authorities. In addition, the company will contact patients affected by the illegal publication of data", the statement said.

The company's business in Serbia continues and patient care is ensured.

"The company deeply regrets the attack on the privacy of some patients, and does everything to prevent the publication of further data and further damage caused to the affected patients. Internal and external experts are continuously working to prevent further potential attacks or unauthorized access to data", Fresenius said.

INFOGRAPHIC Another day with a small percentage of infected, 10 people on respirators

The number of people infected with coronavirus in Serbia, according to the data for May 31, reached 11.412. 243 died, while 6.698 people got recovered 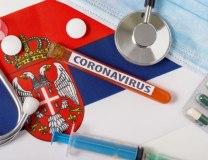 From Monday, the relaxation of measures: What is allowed as of June 1?

A new easing of measures introduced during the coronavirus epidemic will take effect in Serbia on Monday, June 1. 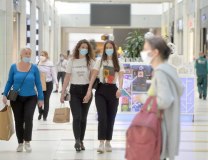 In the last 24 hours, another 27 people infected with coronavirus were discovered in Serbia, and there were no deaths from COVID-19

In the last 24 hours, it was confirmed in Serbia that there were 54 newly infected with the coronavirus, and one person died. 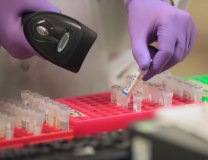 Dr Gligic: "If we all kissed and spat on each other, it wouldn't be like this" VIDEO

Dr Ana Gligic says for Prva TV that the epidemiological situation should have been known, but she finds it strange that number of infected and dead was so high 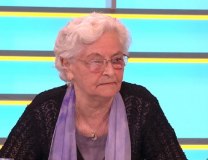 One person died in the last 24 hours, and 25 new cases of coronavirus in Serbia were confirmed. 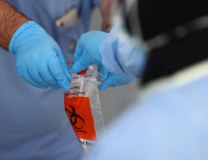 The Minister of Education, Mladen Sarcevic, said that from June 1, school trips can be organized.

"It is important that Belgraders continue to adhere to the measures"

It's important for the citizens of Belgrade to be careful and to maintain a high level of awareness, the mayor of Belgrade, Zoran Radojicic said. 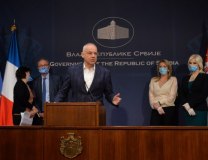