Although US Envoy Matthew Palmer said in Pristina that Serbia cannot join EU without recognizing Kosovo, it's expected that he may soften his stance in Belgrade 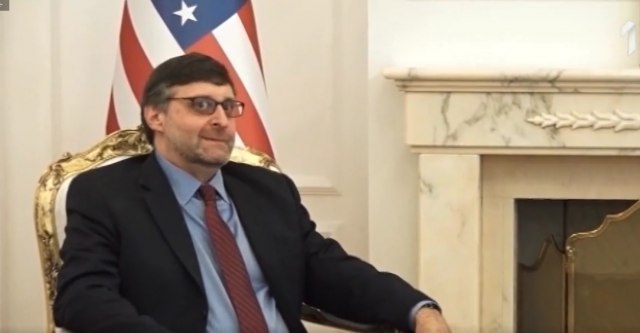 This shift, as "Kurir" interlocutors explain, could come as Palmer's threats were followed by a sharp response from the Serbian president that Serbia would not suffer humiliation and that the talks were practically meaningless.

Palmer's job, they pointed out, is to restore dialogue, not block it.

Former FRY Foreign Minister Vladislav Jovanovic expects Palmer in Belgrade today to clarify where such an ultimate US position comes from, and then see if there is any chance of renewing dialogue.

I suspect that when he talks to Vucic, he will choose milder words or even withdraw what he said in Pristina, to calm our discontent. It is not excluded to change the wording altogether. He would have to do that if he wanted to continue the dialogue. You can't have a dialogue through blackmail, Jovanovic said.

He explains that it is Palmer's job to have a flexible approach, not to cut through categorical views.

Political analyst Dragomir Andjelkovic says that it seems cynical when one conditions Serbia into EU membership, whether it is Kosovo or any other issue at stake, because for two decades the story of European integration has been going on, which seems to be farther away.

That's why it is rather ridiculous when the US does this, which is in contradiction with the EU and stultifies it altogether. This show they put up represents a cheap tragicomedy in which the US supports Great Britain to leave the EU, while conditioning Serbia's admission to the European Union with our renouncing Kosovo and Metohija, he concluded.