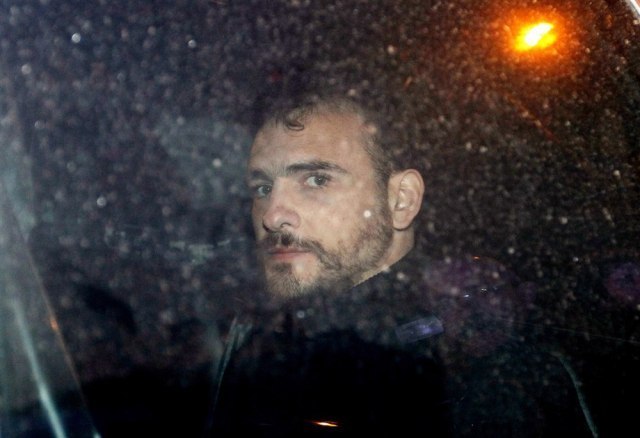 Namely, he landed in Belgrade last night around 8:30 PM, on a direct flight from Madrid.

After getting off the plane, Bojović said that for now he cannot say anything publicly, but that there will be an opportunity to do so soon.

When asked by a journalist if he is happy to be back in Serbia, Luka Bojović responded:

Members of the Ministry of Internal Affairs and Interpol, who are in charge of the extradition process, went after Bojović, who in recent years has been linked directly to the Škaljar clan.

He was also welcomed by lawyer Borivoje Borović. The lawyer did not want to comment on the arrival of his client, nor the further proceedings, until the plane from Madrid, with Bojović, lands at the airport. He said that he did not know the details, and that, as he told the gathered journalists, he would know them later.

Let us remind you that no court proceedings are being conducted against Bojović in Serbia, nor has a warrant been issued for him. Upon his arrival, he is a free man for the judicial authorities.

He was arrested in Valencia by following his wife. In 2014, he was sentenced to 18 years in prison for organized crime in Spain, but the previous two years he spent in prison were also included in his prison sentence.

Lawyer Borivoje Borović, the former defender of Luka Bojović, stated that Bojović passed the identification procedure at the airport.

Just to recall - Bojović arrived in Serbia last night from Spain, where he spent 10 years in prison.

Borović also said yesterday that everything was arranged for Bojović regarding identification documents, as well as that he left the airport and went home.

According to Bojović, he had an interview with the police, that is, went through the identification procedure, said the lawyer, who did not want to provide other details.