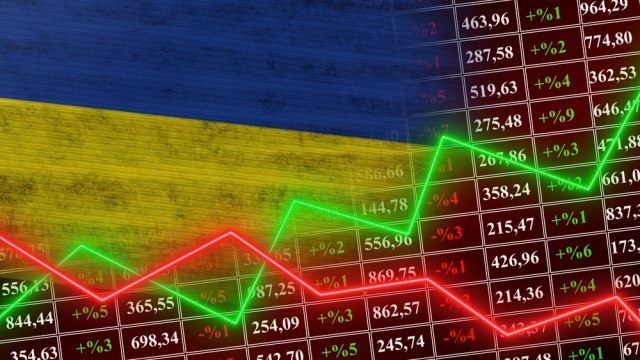 With interruptions in the supply chain, blocked ports, and even thefts, Russia has stifled the grain industry and trade in metals, Ukraine's largest export, reports Večernji list. The economy is expected to shrink by a whopping 30 percent this year, the European Bank for Reconstruction and Development announced, helping to fuel global inflation and heightening fears of recession and job losses.

However, 200,000 computer engineers and IT specialists, professionals who only need a computer and an Internet connection, are generally not afraid of losing their jobs, New York Times reports.

Data from the National Bank of Ukraine show that in the first five months of this year, tech firms earned $3.1 billion in revenue from thousands of customers, compared to $2.5 billion one year ago.

The only problem is that IT professionals cannot travel and see their clients face-to-face because all Ukrainian men between the ages of 18 and 60 are banned from leaving the country. Because of this, they fear that they could start losing their jobs.

"You only have a short period of customer empathy. There is a certain period of empathy, and then it’s gone. At that moment, the question is: Can you deliver the product or not?" said Yuriy Adamchuk, executive of a Lviv-based company.

Earlier this year, a group of technology companies met with YuliaSviridenko, the minister of economic development and trade, to request an exemption that would allow business leaders to exit and re-enter the country. Although she sounded like she would accept it, they are still waiting for an answer.

About 5,000 technology companies operating in online commerce, game and app development, cryptocurrency software, and web upgrades operate in Ukraine. Hourly rates are about 10 to 20 percent lower than the competition in places like Poland, and users range from small operations looking for outsourcing to companies like Microsoft, Google, and Samsung. Technology companies kept 95 percent of their accounts; the IT Ukraine Association found.

Adamchuk says that only one client has cut off business with the company he runs, referring to the protocol that forbade him from hiring suppliers in the conflict zone. Other clients say that as much as they want to support Ukraine and help its economy, the war is in the way. One problem was turnover; about 5 percent of IT workers joined the military.