BELGRADE -- The Assembly of the Association of Journalists of Serbia (UNS) elected Zivojin Rakocevic, a journalist from Gracanica, as the new president of that association.

BELGRADE -- The Assembly of the Association of Journalists of Serbia (UNS) elected Zivojin Rakocevic, a journalist from Gracanica, as the new president of that association. 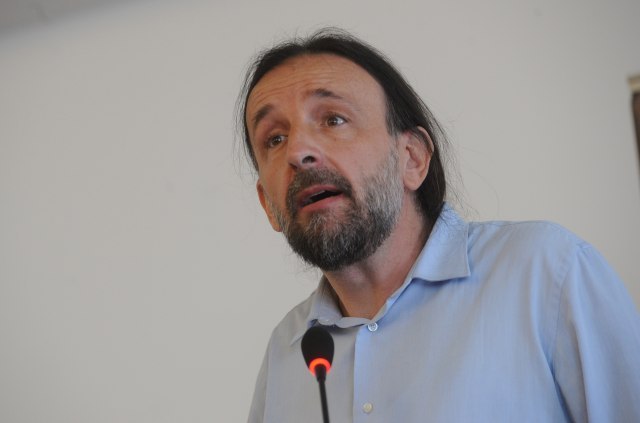 The reason for that stands in the fact that there are two more ballots in the box for the election of the members of the Management Board than those who voted, which is why the votes were not even gathered.

This year, a significantly larger number of candidates has been registered for all bodies of the Administration, and the delegates, of whom 592 have been registered, are choosing between two candidates for president, the Election Commission of the UNS announced.

The UNS candidacy commission proposed the current president Vladimir Radomirovic as a candidate, and the Electoral Assembly adopted a proposal that Zivojin Rakocevic, based on the complaints submitted to the Assembly, be the second candidate. According to the report of RTV KiM from late Saturday night, Rakočević was elected president of UNS by a majority of votes.

He received 263 votes, the former president Vladimir Radomirović - 241, and five votes were invalid. 510 members out of 599 who had the right to vote, had voted.

Radomirovic was not present at the announcement of the results.

Rakočević is a member of the Board of UNS, while from 2009 to 2013 he was the Vice President of this journalist association.

Rakocevic was born in 1973. He graduated from the Faculty of Philology in Pristina at the Department of Serbian Literature and Language, and received his master's degree from the University of Belgrade. He is the initiator of "KiM - radio", he was the president of KOSMA - the network in which the radio stations of isolated Serbian settlements joined and the editor-in-chief of the magazine "The Voice of South".

He won the "Milan Pantić" award for courage in reporting on the pogrom against Serbs in Kosovo and Metohija in 2004. Zivojin Rakocevic also won the 'Aleksandar Tijanic' award, given by the Association of Serbia's Journalists (UNS) "for combativeness in journalistic expression and an original journalistic move" in 2019.