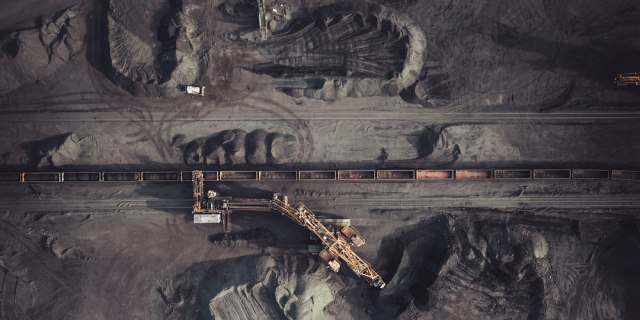 Particularly suitable weapons of such an economic war are rare raw materials, a group of 30 materials, mostly metals, which the EU has declared irreplaceable for a developed industrial economy, Deutsche Welle writes in a series of connected articles.

Naturally, everyone is looking for them, so their price is skyrocketing, and countries have become painfully aware of how much they depend on them. According to the analysis conducted by the European Commission, the sectors of air and space transport, defense, electronics, automotive and energy-demanding industries require a constant supply of at least 21 of those 30 raw materials.

The renewable energy sector needs slightly less of these raw materials, but it also depends on imports. Without them, it is impossible to produce solar panel cells, wind farms, and electric cars with lithium batteries. Rare raw materials are also needed for 3D printers, drones, robots, and other digital technology.

If something is missing, an alternative must be found

"The future largely depends on how technology develops," explains Hanns Gunter Hilpert, Head of Asia Department of the Science and Politics Foundation in Berlin. "The industry is likely to find ways to find replacements for some raw materials more easily, or to develop alternative technologies."

For example, batteries for electric cars will increase the demand for lithium from Chile, but in fact, an even better and almost inexhaustible way of storing electricity is hydrogen. The way to create technology that is also commercially available is still being sought.

When it comes to the group of those 30 materials, their importance will remain at the same level, as important as iron, copper, nickel, and aluminum in the past. "In the future, wars will be fought over rare materials," Hilpert said.

Wars are actually already being fought – economic ones. Industrial powers including the US and the EU have tried to anticipate their future needs. The analysis conducted by the European Commission finds that the demand for lithium could increase 44 times by 2050 if no other way is found to power electric cars. The demand for graphite or cobalt could be eleven times higher than nowadays.

The exploitation of mineral resources primarily depends on the price: some rare raw materials have already been discovered where extraction could pay off in the near future, such as rare metals in Brazil and Vietnam, cobalt in Cuba and Russia, or titanium in Brazil and Kenya.

It’s there, but is difficult to reach

Another feasible option is recycling. Well-known thesis that the mines of the future are our dumps of today, is just a theory in this case. As things stand now, the recycling process is extremely complex and expensive for many of those materials, and on top of that, manufacturers of modern technology devices do not want to reveal the list of materials they used and the percentage contained within the product. This practically means that only those companies can recycle them afterward.

While some materials such as tungsten or cobalt can be recycled in significant quantities, the European Commission study warns that other materials once used - such as gallium or indium - cannot be separated at all.

In those cases, the only possibility is to find an alternative, explains Melanie Muller, who deals with raw materials at the Foundation for Science and Politics. "A lot of research is being done in the area of substitution. For some important rare raw materials, this is possible, but for others, it is simply not."

Each of those assessments is based on current scientific breakthroughs. What will happen tomorrow - no one knows for sure, and in fact, there is a great search for alternatives to some abundant materials such as silicon. Stefan Weber is a polymer physicist at the Max Planck Institute. He says that they are searching for an alternative to solar cells there.

"Silicon is not really an ideal material for photoelectric cells because it absorbs light poorly. To do that, you need a relatively large amount of silicon,” Weber explains to us.

He is now working on an experiment with the mineral Perovskite - German geologist Gustav Roze discovered this widespread calcium and titanium oxide during his research in the Urals and named it after the Russian politician and geologist Lev Alekseevich Perovsky.

Weber explains that the production of solar cells with this material is like "baking pancakes"; he pours it over the surface in liquid form and lets it crystallize again. In its current form, the mineral is insufficiently energy efficient to make the process pay off, but Weber's team is working to create a different nanostructure. For example, if this technology is combined with already known silicon cells, the efficiency increases by about 50 percent.

Perovskite research is promising: solar panels have a layer of silicone 100 to 200 micrometers thick – similar to a single hair. Weber says that a layer of only half, at most one micrometer of perovskite, is enough for such an effect - that is, one percent of the material we use today.

Like any other research, this one has its share of problems too: perovskite is significantly less durable than silicon cells. Today, they last for about twenty years, and those from perovskite would lose their properties after two years only.

In addition, they contain lead, which is poisonous. "We have very strict legal restrictions, and they are strict for good reasons," says the physicist of the "Max Planck" institute.

Still, Weber is optimistic: he thinks that the first module could be ready in three to five years, but more realistic estimate says that at least another decade will pass until the technology proves itself as reliable enough. "There is so much that we simply do not know today," concludes the physicist.