BELGRADE -- The President of Dveri, Bosko Obradovic, decided that he and Ivan Kostic would end the hunger strike

BELGRADE -- The President of Dveri, Bosko Obradovic, decided that he and Ivan Kostic would end the hunger strike 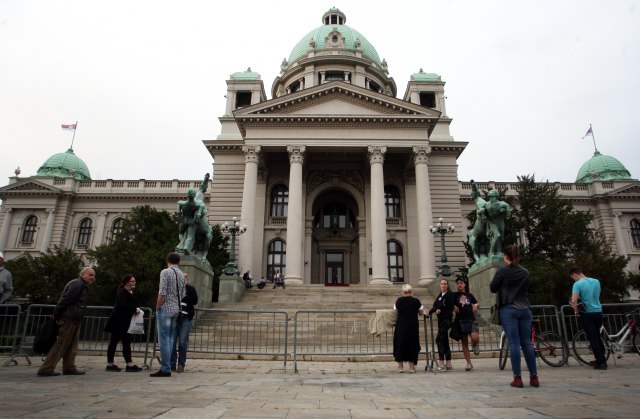 Obradovic told reporters today that they believe that they did everything to draw the attention of the public, domestic and international, to their demands and the situation in Serbia.

"After a full 11 days of hunger strike, as we say strict fasting, I think we should stop at this moment, with a clear message that we have done everything in our power to draw the attention of the domestic and international public to the problems in which Serbia finds itself with its undemocratic government ", stated Obradovic, who ended the strike after consultations with MPs Dr Dragan Vesovic and Marija Janjusevic.

He reminded that he went on a hunger strike in solidarity with MP Miladin Sevarlic, with whom he was on the same electoral list four years ago, and who demanded that the Assembly consider the topic of Kosovo and Metohija in order to respect the constitution and preserve it as part of Serbia, and on the basis of the UN Resolution 1244.

"I thought that as a younger colleague, I could not pass by a man in his late years, who was ready to risk his life", Obradovic said.