BELGRADE -- After it was announced yesterday that the final decision on the PhD of Sinisa Mali has been postponed, the question arises what is really going on with the case

BELGRADE -- After it was announced yesterday that the final decision on the PhD of Sinisa Mali has been postponed, the question arises what is really going on with the case 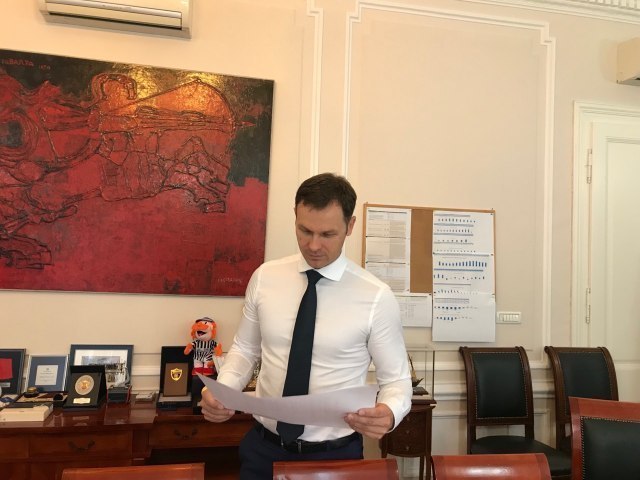 "The people from the Faculty of Organized Sciences (FON) said that this doctorate was plagiarism, in fact it was transcribed, and they publicly condemned him for doing so. The University will surely annul the doctorate, that's 100 percent sure", Djillas said at N1.

His statement was confirmed immediately by Trifunovic. "One hundred percent. I spoke to the Rector, Ivana Popovic, and I said, 'We are here for any support you might need, you know, because there will be pressures". She just said a precious sentence: "We really love our university,", Trifunovic revealed smiling.

It should be reiterated that on Monday it was announced that instead on November 4, everything would be resolved on November 22, due to the procedure, that is, compliance with the deadline of 15 days for lodging an appeal against the decision of the Academic Council of the Faculty of Organizational Sciences, it was cited.

The original deadline was November 4 for the University's Ethics Committee to take a final stand on the Doctor's degree of Sinisa Mali. The Rector states that they then overlooked the need to set aside a deadline for appeals against the decision of the FON Academic Council, which was adopted on 28 October. The deadline for lodging a complaint with the Professional Ethics Committee is November 13, 2019.

Previously, Belgrade media reported that Rector had "agreed" with students, supporters of the opposition, who recently blocked the Rectorate building for several days, on a decision on the doctorate of Sinisa Mali.

"Since the proceedings at the FON were conducted after her letter and her request to plead the allegations to Mali's account, she has in some ways, though it is quite legally questionable, not to mention illegal, acquired the status of a party to the proceedings. However, despite the fact that she will obviously file an appeal, we should bare in mind that Mali has not yet been served with the FON decision and that it is only then that the appeal deadline expires. On the other hand, according to the Constitution and laws, Mali must be allowed to respond to her appeal as there are also legal deadlines for that, and it is clear that by November 22, all this cannot be completed", one of the professors at Belgrade University said for magazine "Republika", adding that no one but the Rector was legally obliged to file a complaint and every other complaint would have to be dismissed because it was filed by an unauthorized person.

The same newspaper states that it is disputable that the complainant, in this case the Rector, publicly states in advance when her appeal will be decided upon, which, as it is further emphasized, reveals her bias and direct pressure on the board members that are entitled to reach decision.