MOSCOW -- The West presents itself as a defender of liberal values, in the same time pursuing a policy of sanctions, military threats and bombing, writes Lavrov

MOSCOW -- The West presents itself as a defender of liberal values, in the same time pursuing a policy of sanctions, military threats and bombing, writes Lavrov 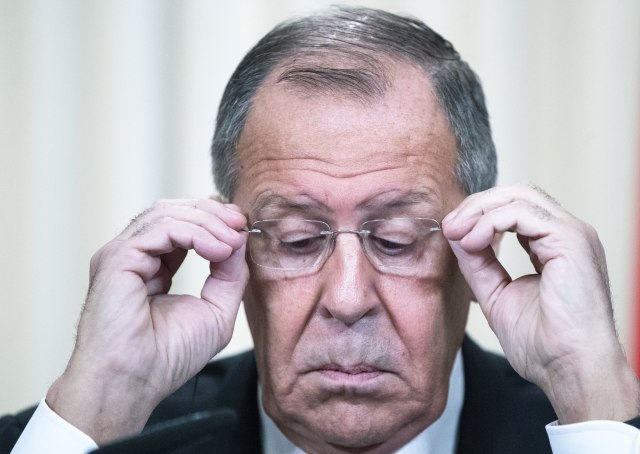 Namely, Russian Foreign Affairs Minister wrote in an article published in a Russian magazine "Russia in global policy" that liberalism which the West pretends to defend, focuses on the individuals and their rights and freedoms.

"That is why the question is raised how is it reflected in the policy of imposing sanctions, exerting economic pressure and posing open threats to the numerous independent states, such as Cuba, Venezuela, North Korea and Syria", Lavrov stated in a column published on the occasion of the forthcoming 74th regular session of the United Nations General Assembly.

He pointed out that sanctions directly affect ordinary people and their well-being and violate their socio-economic rights.

"How the bombing of sovereign states, the conscious act of destroying their statehood, which resulted in the loss of hundreds of thousands of lives and condemned millions of Libyans, Syrians and other nations to immense suffering, contributed to the protection of human rights," Lavrov asked.

He stressed that countries that present themselves as a role model for democracy only really care when they require other countries to set up their systems in accordance with a West, but when it is necessary to introduce democracy into interstate relations, they avoid frank discussions or try to interpret international law at its sole discretion.

The head of Russian diplomacy also criticized the West move of imposing visas and other sanctions against the Russians in Crimea, saying they were punished for expressing their democratic will to reunite with their historic homeland.

"This is contrary to the fundamental right of the people to self-determination, as well as to the people's right to freedom of movement, guaranteed by international conventions," Lavrov said.

Liberalism, in its healthy, undistorted form, has traditionally been an important component of international political thought, including Russian, Lavrov stated. He emphasized, however, that the diversity of liberal development models does not allow the standpoint that the Western understanding of liberal values has no alternative.

"Those values cannot be imposed with the use of bayonets, without taking into account the history of the countries and their political and cultural features," Lavrov said, noting that the statistics of imposed sorrow and devastation resulting from the "liberal" bombing clearly indicates where this could lead.