BEIJING -- "I know when a coach needs to make the first step. At this moment, I feel obliged to do so", Aleksandar Djordjevic said and left press room in Beijing

BEIJING -- "I know when a coach needs to make the first step. At this moment, I feel obliged to do so", Aleksandar Djordjevic said and left press room in Beijing 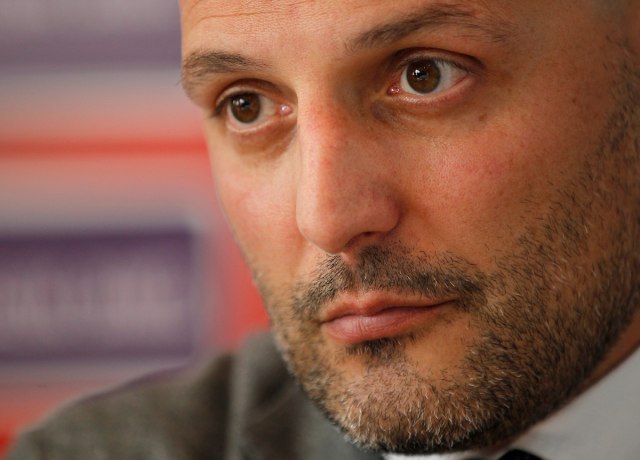 He took over our national team when we were far away from the top of European basketball, but he hadn't managed to crown his mandate with gold medal.

He was in charge since November 2013, after Serbia finished eighth on the European Championship 2011, and the seventh in 2013, and missed Olympics between the two tournaments.

He immediately used his iconic status in our basketball and restored the cult of the national team in just one year.

He created homogenous, disciplined and above all unique team which managed to make up for every shortcoming with a hearty and passionate approach.

That immediately brought results as Serbia reaches the 2014 Mundobasket final, where the Americans were too strong.

Djordjevic extends the contract next year until the end of the World Cup 2019, but in the fall, the first disappointment came.

We've been expecting the first European Gold since 2001, but after lots of troubles in the group standings, we were stopped in the semifinals, while the team failed in the match for winning bronze medal.

This conditioned the playing of the qualification for the 2016 Games, held in Belgrade.

A great weekend at Arena brought back the Eagles' winning mentality and passion in the game which immediately resulted in a new final with the USA in Rio de Janeiro, but the Americans were again untouchable for our team.

Next year, a new Eurobasket was on, but this time expectations were significantly lower due to the absence of half of the players from the Olympics.

However, Djordjevic again pulled more than expected from the squad he had at his disposal and reached the third final in four years.

However, it led, it must be admitted, to another failure. His team failed to defeat Slovenia even though it led at the moment when the rival lost his two best players.

After a two-year "break" marked by strenuous and pointless FIBA qualification windows, we have reached the new World Cup.

Djordjevic has at his disposal, when it comes to the names on the paper, the strongest squad in Serbia in recent decades, slightly weakened by the injuries of Teodosic and Milosavljevic.

The public at home has been buzzing for months about a new finals with the US, taking "revenge," and the first gold since 2002 and Indianapolis.

However, given the situation in the other selections, it was expected that Djordjevic would finally crown his generally great era at the helm of the national team. Djordjevic constantly refused to accept the status of favorites and tried to "protect" the team, but failed.

The team succumbed to the pressure, including the coach, and the players again failed when the most was expected from them, casting a shadow over a set of silver medals that Djordjevic had won.

Djordjevic knew before traveling to China that he would not continue his mission as the head of Serbian national team.

Now he hands over a baton to someone else, leaving a generation of players that still have a chance to shine and crown their careers with gold medal.