ZAGREB -- Information that the High Misdemeanor Court in Zagreb fined Makarska’s singer, Mario Roso, provoked a lot of reactions and is the main topic in Croatia.

ZAGREB -- Information that the High Misdemeanor Court in Zagreb fined Makarska’s singer, Mario Roso, provoked a lot of reactions and is the main topic in Croatia. 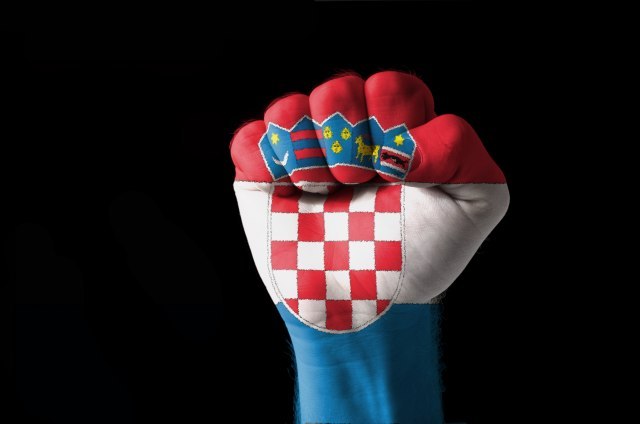 The first information about the decision of the High Misdemeanor Court was pbished by „Jutarnji list’’, marking it as a „precedent’’, according to which the Ustasha’s greeting s illegal.

Davorin Karačić, Thompson’s lawyer, says that it isn’t precedent, because, as he asserts, there are no precedents in Croatian justice system and that it is possible that some other Trial Chamber concludes the opposite.

Only the parliament can forbid the greeting „for land ready’’, says Karačić for portal „Narod’’.

The president of Zgreb’s county court, Ivan Turudić, says that the decision of the Court is what it is, but it doesn’t mean that it will be mandatory in future cases.

Turudić said that it is very likely that the Second Magistrates Court in the similar situation makes a different decision.

For that decision to be mandatory for all the Magistrates’ Court, explains Turudić, it is necessary to come up with a legal interpretation which states that this greeting is a misdemeanour, respectively, „that anyone who greets with it is making a misdemeanour’’.

Ante Đapić, the president of the opposition party „Desno’’, says that this judgment is neither a payoff with CDF, nor with Thompson, but it is, as he says, „an attack on the historical libertarian essence of the Croatian people and no Croat should respect it’’.

As the Croatian portal „Narod’’ remised, Đapić notified that no Croat should be silent about this „ideological aggression in the bosom of Croatia’’.

Because of posting this news, he labeled „Jutarnji list’’ newspaper as a media known for numerous attacks on „the most popular Croatian singer and defender Marko Perković Thompson and the Homeland war’’.

It is said that „Jutarnji list’’ remised the news as „precedent’’, and that the author was Sandra Lukić, wife of the president of Independent Democratic Serb Party, Milorad Pupovac, who is a coalition partner in Andrej Plenković’s government.

Regarding the verdict of the Court, historian and professor Hrvoje Klasić came forward and pointed out that this is the first verdict which clearly states that the greetings „for land’’ and „for land ready’’ were used as official greetings of Independent State of Croatia, which arose from fascism, based on racism and thus symbolises hate towards people of different race, religious and ethnic identity.

Singer Mario Roso was sentenced to a fine of HRK 765 and has to pay court costs in the amount of HRK 200, because he celebrated the anniversary „Oluja’’ in 2015. singing the song „Bojna Čevoglave’’, whose author is Marko Perković Thompson, and which starts with the greeting „for land ready’’.

According to Klasić, the fact that the Court decides whether something is Croatian or not is a great defeat for Croatian society.

He believes that Croatian had to be more aware of what the Ustasha movement is, its symbols, greetings and above all its character.

„I am sorry that in 2019. we have to discuss this based on court judgments, because things are more than clear in historical terms- it is a Ustasha’s greeting and nothing else’’, said Klasić for „Index’’.

It isn’t true even when it is about its usage in the Homeland war, because during that period was also used with a clear reference to Ustasha movement, and thesis that say that it is about some old greeting, Klasić says that there is no evidence for that.

„The fact that „for land ready’’ is Ustasha’s greeting has been proved by hundreds of documents’’, says Klasić pointing out on danger when, as he says, people who perform public functions insist on such thesis.

„Thesis that the „for land ready’’ greeting is an old Croatian greeting has never been proved, because there is no document about it, therefore neither is what the president Kolinda Grabar Kitarović, Vitezović, Nikola Šubić Zrinski, or the others who mention Ban Jelačić, refer to’’, said Klasić and added that he was particularly annoyed by the readiness of those responsible in Croatian society to form their opinions based on completely fabricated information.

Klasić believes that punishing these kind of things makes sense, that they, as he says, won’t change certain people’s opinions, but at least they will contribute to the purification of the climate in society.